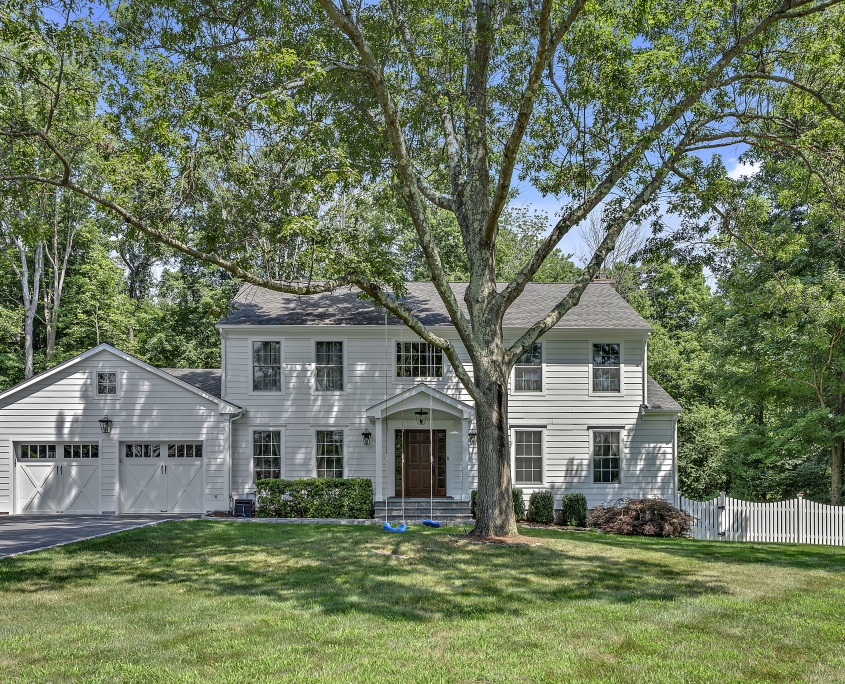 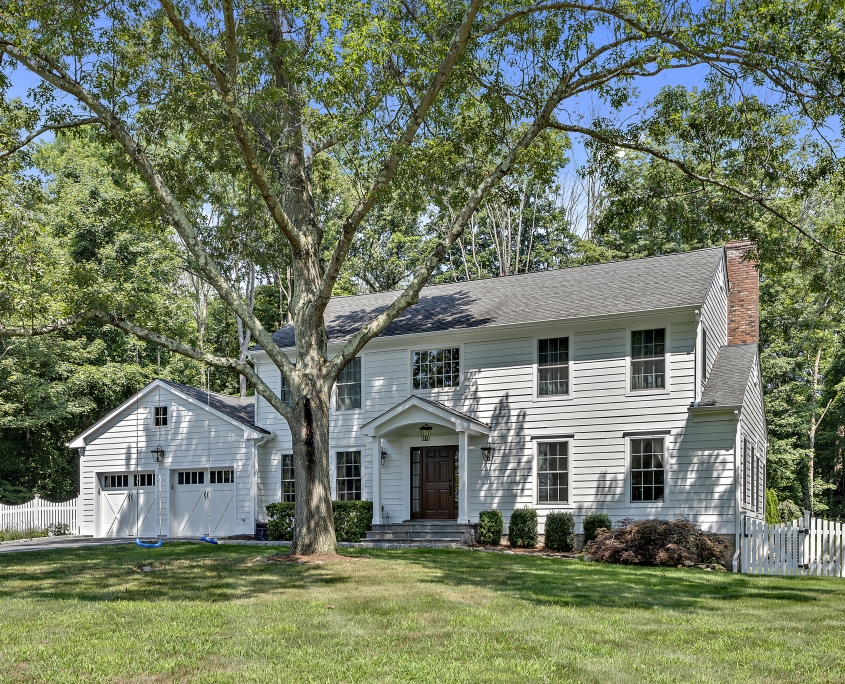 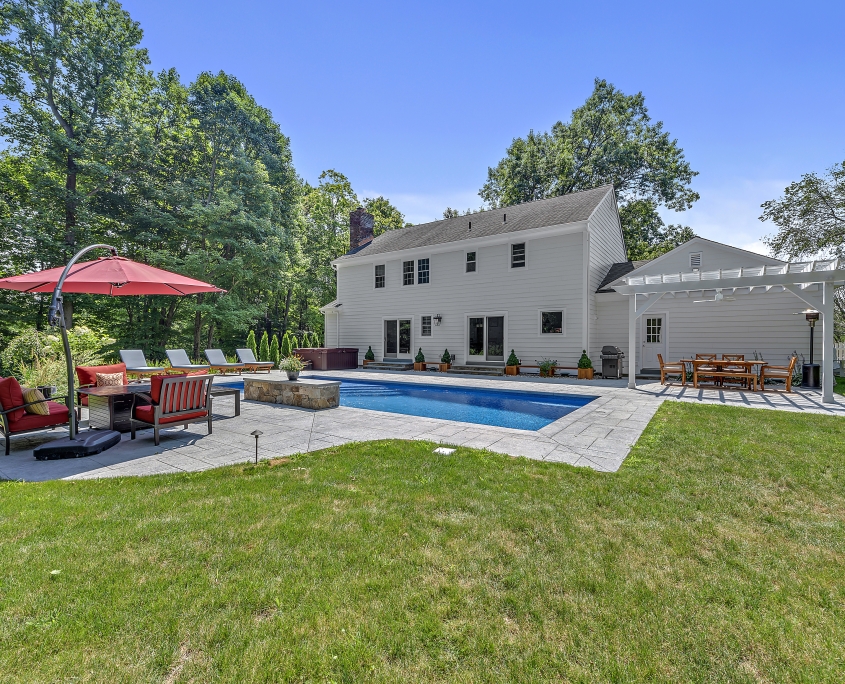 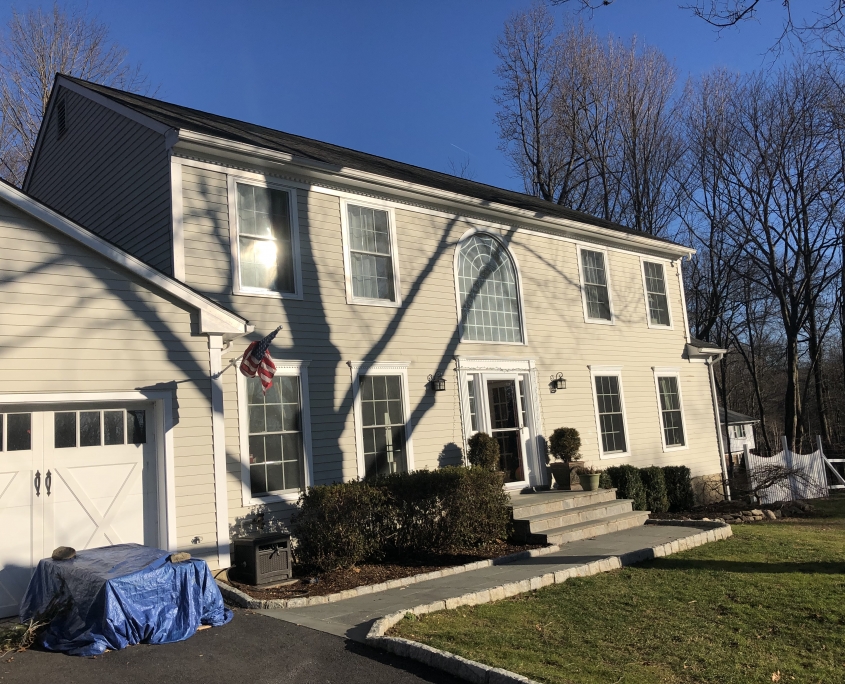 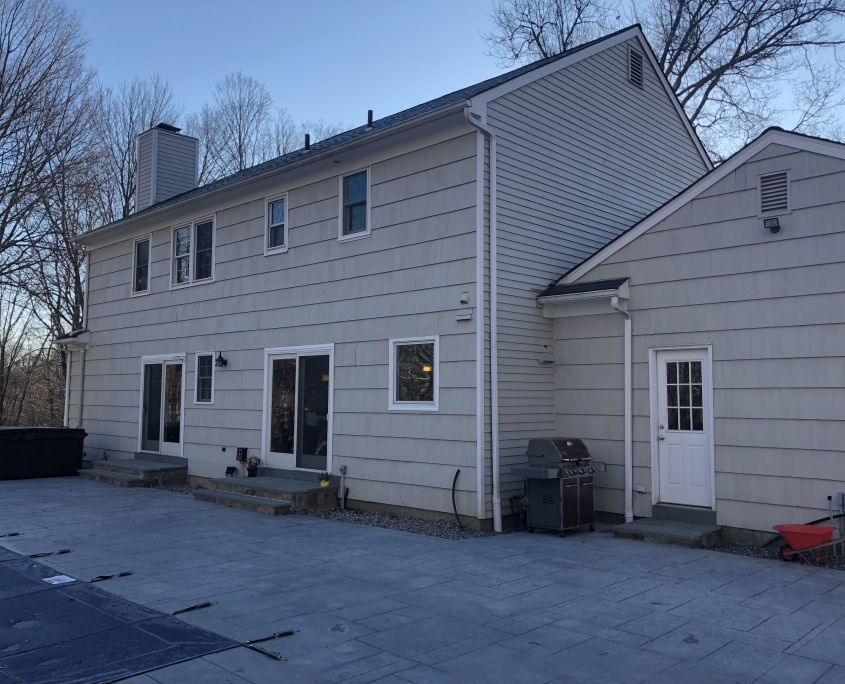 The Owner’s of this 1970’s era colonial house first came to Alan Michael Carpentry with multiple water issues that needed to be solved.  They had owned the home for several years, invested significantly in updating the interior and felt all of their hard work would be threatened if the natural elements could not be kept in control.  After multiple conversations and budgeting exercises, it was concluded that the best long term solution was to strip the house down to the sheathing, repair known and unknown weak points and install new cement based siding by JamesHardie.  At that point, the Owner’s opted to add some new design elements to bring the house up to date.  The large half round window above the front door was suffering from a broken seal and was replaced with a smaller version minus the rounded top.  An elegant entry portico was added for multiple reasons.  In addition to providing shelter from the elements at the entry area, it added depth to the otherwise flat elevation.  A curved fascia and bold light fixtures gives the house a one of a kind feel.  At the rear, a large pergola was built to create a defined outdoor dining space and provide shade from the afternoon sun.

Unfortunately, an unforeseen condition forced the Owner’s to invest in re-flashing and re-pointing the chimney.  However, bringing the brick material back to life and introducing new copper flashing added depth and character to an aging house.  Never would you guess that this 50 year old house was once part of a series of boring development units.

Exterior water issues can be difficult and expensive to solve.  Aside from the known interior and exterior damage, we were sure to find mold and rot in areas not assumed to be problematic.  In this case, the Owner knew the issues would only be resolved by stripping the house and systematically addressing each and every area.  In addition to the known problematic areas, we did find several serious issues of rot and mold in areas that were not expected.  The overall investment, although not insignificant, has solved all the water issues, provided the Owner’s with a piece of mind and last, but not least, given their aging house a face lift they can be proud of.

Contact us to learn more, or to talk about your next project. 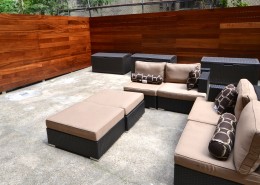 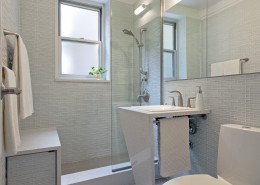 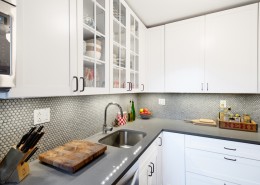 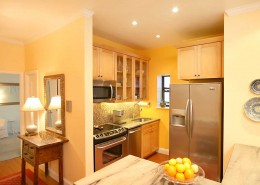 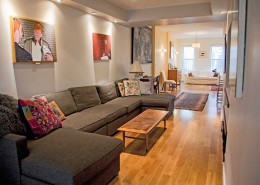 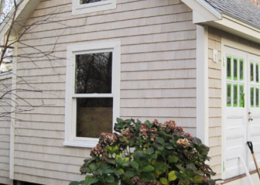 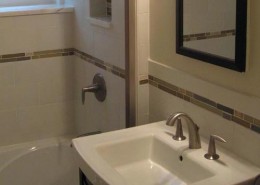 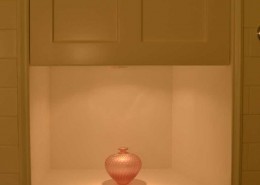